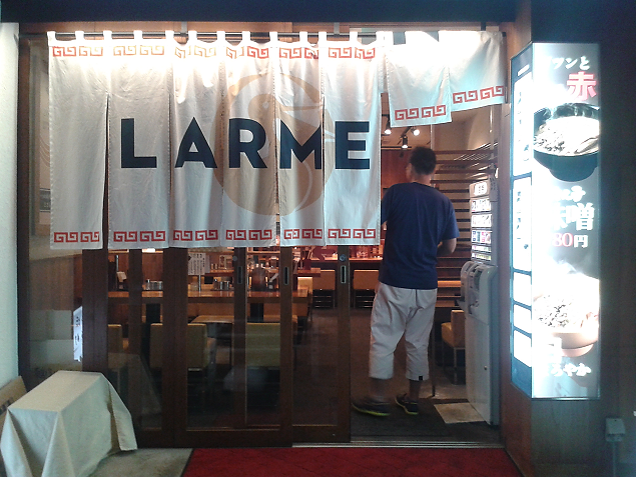 Ramen is one Japanese noodle soup, which ones ramen noodles, a broth and other ingredients such as meat and vegetables. There are many variations of Japanese ramen, there is no one best ramen recipe. Many regions have their own traditional recipes. And ramen offer plenty of scope for the chef's individual ideas. Therefore a ramen Soup could taste very different, from light and elegant to strong and rustic like ramen miso. Ramen is usually eaten warm, but there is also a cold ramen preparation. A yuzu noodle sauce, for example, is recommended for this.

The building blocks of the recipes are different basic broths, seasonings of the broth, ramen noodles in various forms, other ingredients such as meat / seafood / vegetables / eggs and spices that can be combined in different ways. Elements from other national cuisines such as e.g. kimchi or tohbanjan can be perfectly integrated. Conversely, there are also in Japan modern ramen recipes which are inspired by Italian cuisine, for example, like Ramen Carbonara style with less broth on the plate.

What are ramen noodles?

The ramen noodles are thin, long vermicelli made from wheat flour, water and salt. Because ramen noodles are cooked in a broth, it's important that they retain some firmness. This is done when making the noodles by adding kansui, a kind of alkaline water.

There are different shapes of ramen noodles, wide or narrow, thick or thin, smooth or wavy.

What is ramen broth made of?

The manufacture of ramen broth is comparable to the European way of making stocks: bones of pork or beef, shells of seafood, dried seafood such as e.g. niboshi (dried sardines) or vegetables are boiled for it.

A broth made from pork bones and pork meat is very well known by its name Tonkotsu .

Unlike in Europe, the basic broth is then seasoned with

Seasoned with salt one will get more likely lighter ramen soups. With ramen miso rather more rustic Ramen Soup, with the exact flavor depending on the ramen miso chosen, be it a white miso paste,, a strong red miso paste (aka miso) or even a black one Hatcho Miso. Depending on the amount used, soy sauce tastes somewhere in the middle. Of course, you can also mix the seasonings. For miso ramen also Tobanjan can be used, a spicy paste made from fermented beans.

However, this not only leads to more taste, but also to a change in the consistency of the ramen soup. Japanese cuisine distinguishes between

For a strong ramen soup, the meat used is often cooked pork,  called Chashu. This can be pork loin, pork belly or ham. The pork is first marinated, typically of Japanese cuisine, in soy sauce and mirin. Eggs are also a popular ingredient. The eggs are added cooked or marinated.

As a vegetable very commonly negi spring onions are used, but also bamboo shoots, as well as Japanese mushrooms, cabbage, carrots, corn, pickled ginger, garlic. Also seaweed like Wakame and Nori can be an ingredient of ramen soup.

Which spices go well with ramen?

Oils such as sesame oil in small quantities can round off the taste. A dollop of butter can also be added to savoury soups.

What toppings are there for ramen soup?

Ramen dishes can be very healthy as they contain a lot of healthy vegetable ingredients.

Where do ramen noodles come from?

Like many products, ramen has its origins in Chinese cuisine. Ramen was probably brought to Japan in the 19th century. Over time ramen soups have become more and more popular in Japan because they were filling, warming and affordable, one of the first, so to speak fast food dishes of the world. From this, one of the most famous Japanese dishes in the world has developed till today.

The first known Japanese ramen restaurant in Yokohama served ramen with broth, noodles, pork, bamboo shoots and half a hard-boiled egg in 1910. Today's restaurants specializing in selling ramen are vying to compete with their own ramen recipes profile and offer a variety of different ramen dishes.